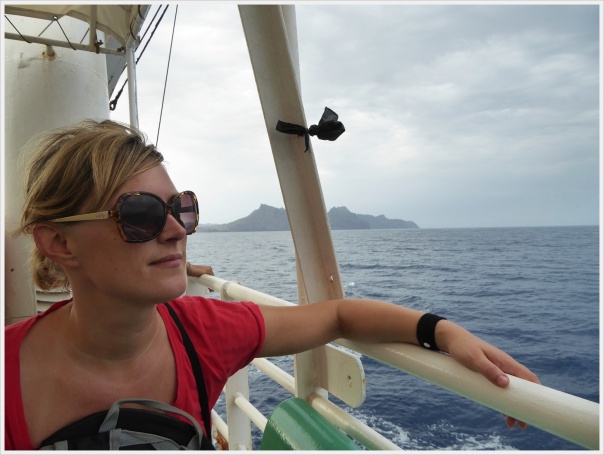 In October 2016 I did not only visit Sal again but also another two of Cape Verde’s islands. One of them is called Santo Antão. It is reachable by boat from Mindelo, on adjacent São Vicente.

The day when we visited was not very clear but as the boat approached Santo Antão I knew that I was going to have a magic day. And I must say that I saw some of the most beautiful landscapes I have ever seen in my life, during the tour.

“Verde” means green in Portuguese but in Sal you see very little green. However in Santo Antão the rain season had just completed and the whole island was extremely fertile. 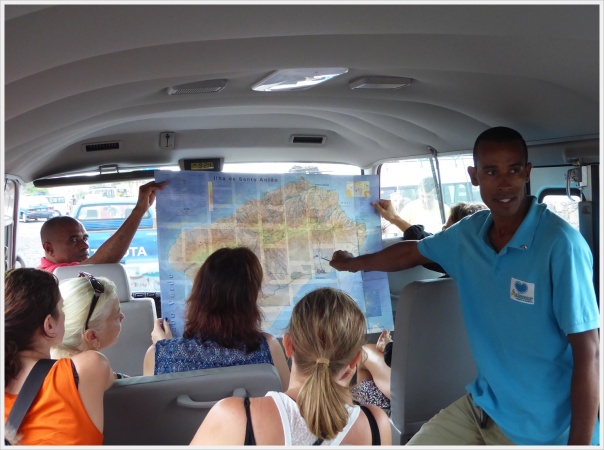 There is no way I can communicate the extreme beauty that I saw on Santo Antão. And my simple camera is not very good in cloudy conditions so the intense green does not really come through. Despite this I hope I can transmit a tiny bit of my experience through this blog post 🙂 On the first image below you can actually see São Vicente in the background.

Vasco, the organizer of Sabor a Cabo Verde, that I wrote about in my last post >>, joined the tour to São Vicente and Santo Antão but the excursions were led by locals. And Vasco could enjoy the scenery together with the rest of the group 🙂 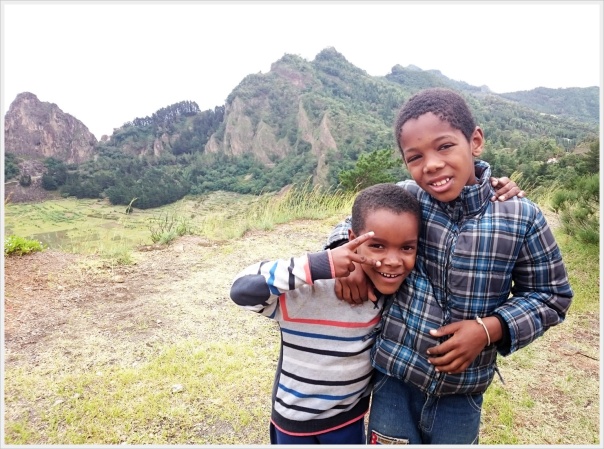 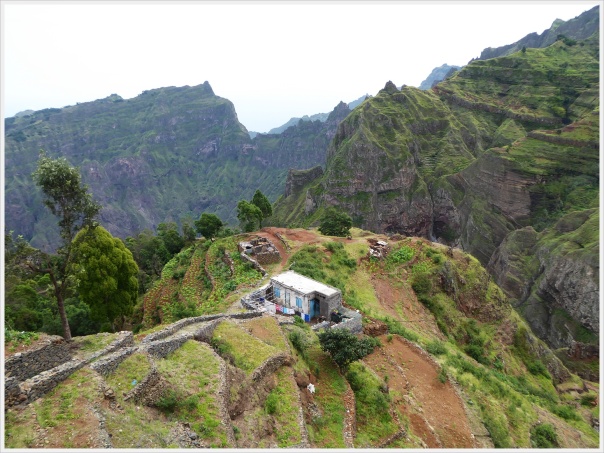 What we saw was hills and valleys, flowers and greenery, everywhere. The Aloe Vera wriggled along the hillsides. The irregularity of the hills made the landscape very fairytale alike.

Not many people make it to volcanic Santo Antão even though the tourism is growing. The once coming to this island are mainly interested in trekking. It felt like we had in some way discovered an almost untouched paradise.

We passed colorful houses along the coast and down in the valleys the vegetation was so intense that I though I was in a dream. Papayas and bananas all around. Palm trees dangling from the hillsides. 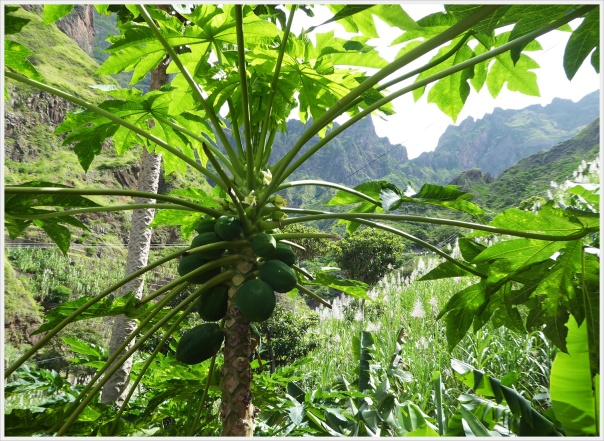 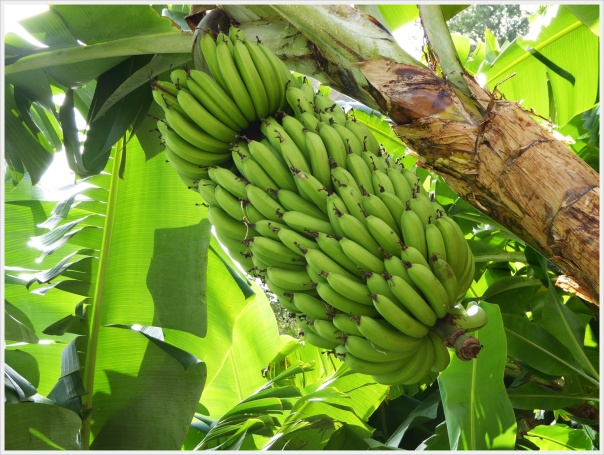 After touring the island almost a full day the last ride was along the coast, back to where we were going to catch our boat back to Mindelo. I managed to get a few shots out of the bus window. And I remember having a very peaceful feeling seeing the rough beauty passing by. And the feeling of being lucky to have seen a true well kept secret. 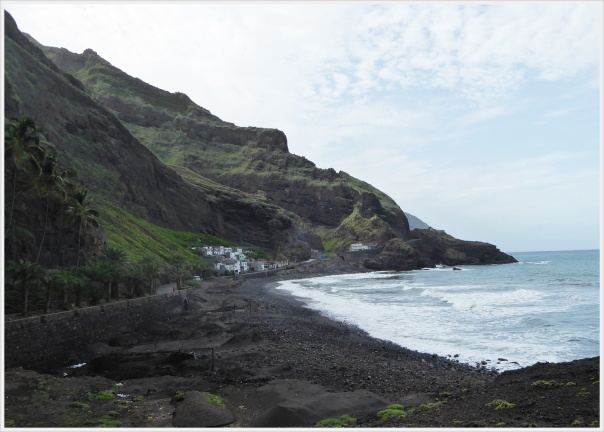 An All Inclusive week in Cape Verde 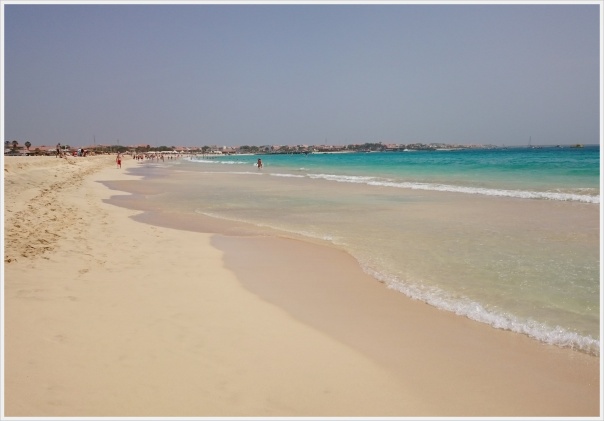 The island Sal in Cape Verde is not so much more than sea and desert. It is said that Cape Verde has an average och 350 sunny days a year and after some dark winter months me & Louise were eager to feel the warmth of this sun.

We were delighted the first day when we saw the white sand and the turquoise water. Luckily I took some pictures that first day because that weather never returned during our week in Sal. We did have another half day of good weather and that was the hours when we went on an island excursion. Therefore it looks on my pictures like we had a sunny week but actually there were dark sky the rest of the days. Since Sal is a very windy island it was almost too cold to lie on the beach most days. And guess what? Still we enjoyed ourselves so much that we are returning in October 😉 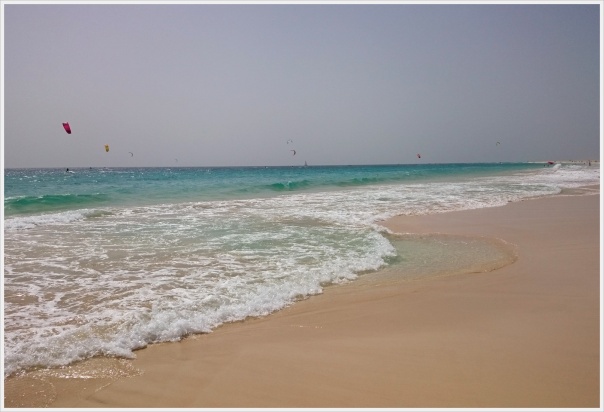 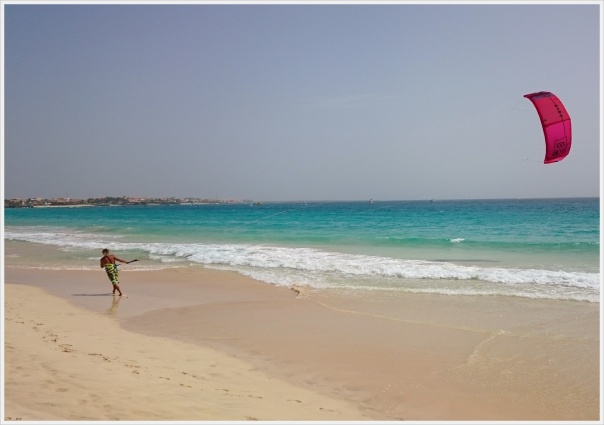 We had chosen an all-inclusive concept in a resort by the sea, called Belorizonte. No high rise buildings but just cute little bungalows spread out all over the complex. There were three pool areas. The size of the hotel made it possible to always find some peace and quietness. The guests were a good mix of nationalities and types. Lots of Kite Surfers, couples, friends and just a few families with kids (rough sea makes Sal not optimal for children, lucky us ;-)) There was a buffet for breakfast, lunch & dinner. Unfortunately the food was a bit tasteless and over cooked. But that helped us keeping weight since one plate was enough 😉

At night the animation team gave different great shows and it was also possible to try some Cabo dances afterwards :-). I have to state that the day time animation in the hotel was very moderate and laid back, something we were very thankful for. It was both possible to be entertained in case you wanted that but also possible for a peaceful moment at the sea with just the sound of the waves or at one of the swimming pools. 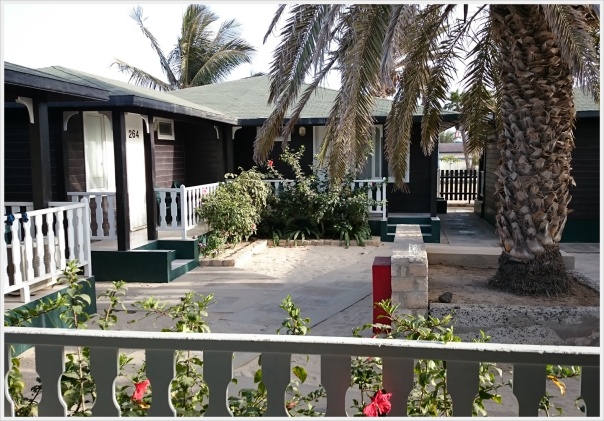 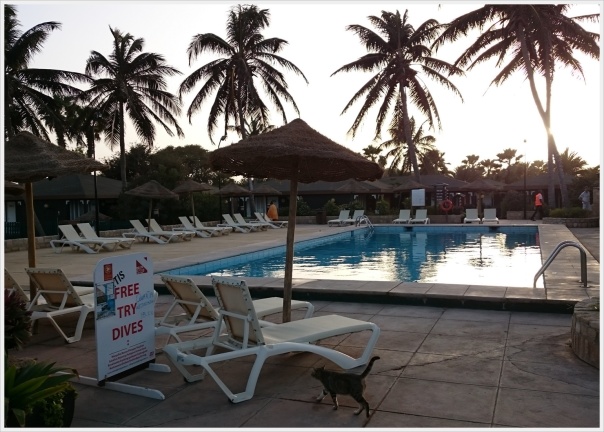 We stayed close to the town Santa Maria. A small little village with a few shops with souvenirs, mainly from Guinea Bissau, some cafés and a handful of dance bars. We took a stroll through the residential area one afternoon but mostly stuck to a few more lively streets and the beach area.

One day we took a half a day island exploration tour. There is really not that much to see in the island Sal but it was a fun get away in Jeeps and three girls from our city, that we had become acquainted with, were in the same tour 🙂 And floating in a salt crater was a fun experience! 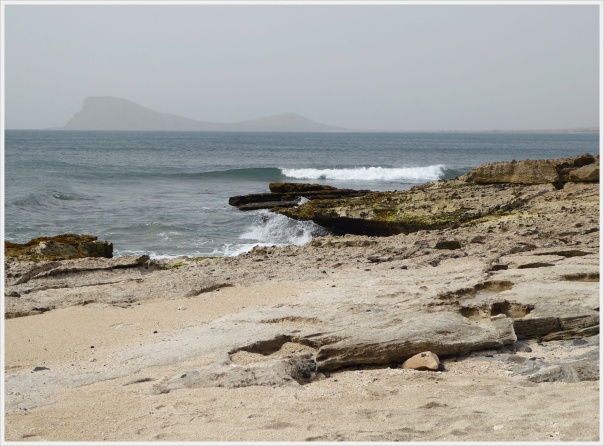 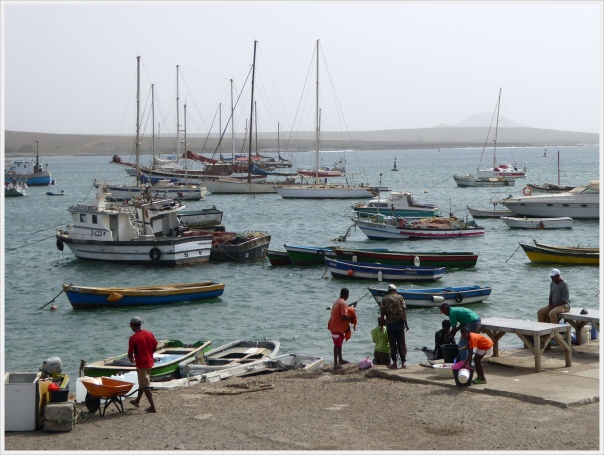 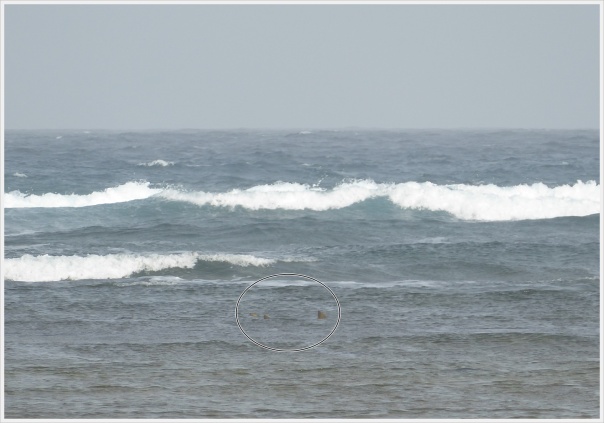 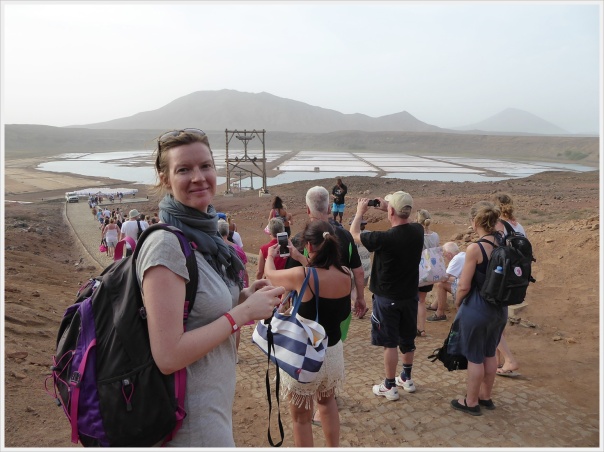 So what did we enjoy so much that we have the urge to go back?  Cape Verde has a very rich culture around music & dance. And me & Louise love to dance. After dinner & the daily show we had the possibility to dance Kizomba with the animation team. And in town you found a few cafés with live music every night with locals dancing traditional Cabo dances like Coladeira, Funana & more. Since we were there around carnival time it was also some Brazilian rhythms played one night. And there was a great local dance bar called Calema in town with Afro house which is the type of music I enjoy mostly nowadays. Check out my YouTube list that I just started for some inspiration, found here>>

Apart from the dance & the music we liked the wind & the rough sea and the endless beach. And the laid back and stress free atmosphere. In October every year a Portuguese travel agency arranges a week of dance in Sal, actually in the same hotel where we stayed. The event is called “Sabor a Cabo Verde”. We will travel back to join this week and after we will continue to explore two more of the totally 9 inhabited islands in Cape Verde, Sao Vicente & Santo Antao. And an extra plus for me with Cape Verde is also that I am studying Portuguese and I love to listen to this amazing language, both spoken and sung.

Already looking forward to next adventure!! Cabo Verde, no stress 😉 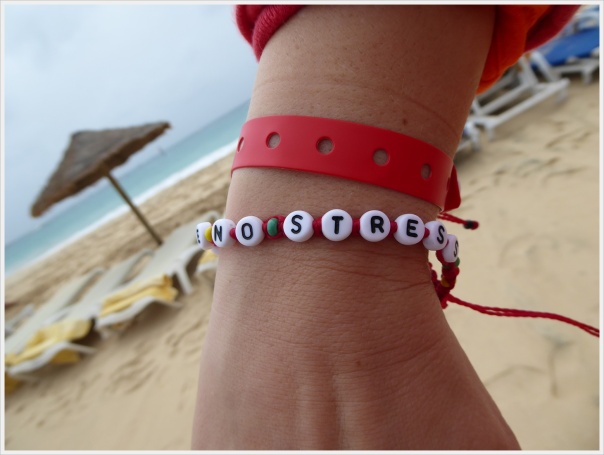